I was more than a little bit excited when I loaded up the game and saw THIS: 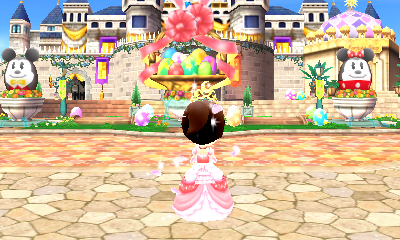 LOOK AT EVERYTHING. 😀 😀 😀 😀 This event will apparently be lasting a while so it will still be going on when the game comes out later this month! Once I finished squeeing (BECAUSE SO PRETTY), it was time for favors and shopping. I must make sure to get all the Easter stuff before it is gone T~T

Morning Favors:
-Resident wanted Exotic Milk. They gave me a new recipe for it!
-Genie wants a Spooky Carrot. I still need several myself and no longer have seeds so I probably won’t be able to finish this..
-Resident wanted Golden Honey. They also gave me a new recipe!
-Resident wanted to see Mickey Chef outfit. Another recipe T~T Yay.
-Yen sid wanted 3 Royal Platinum Bubbles which only come from the Legendary fish that I still haven’t caught nor know where it is… for something I still have tons of. I don’t see myself finishing this one either.

I was so excited about the new recipes from Residents (I’m guessing they are for Easter!). Sadly, Scrooge’s shop didn’t have anything 🙁 Which worries me

I then headed to the Castle for card trading. I was pretty unlucky though and received doubles all but one time 🙁 I didn’t even get a new greeting
I’m not entirely sure what I was expecting, but I did get a new card so yay. I wish I knew how to get them in their “Modern” outfits though (aka the ones you’ll usually see them in when in the parks). And of course, since all your dishes sell out when you hold a party, I went and made more dishes including the Easter Recipe I got from the 3rd Resident: 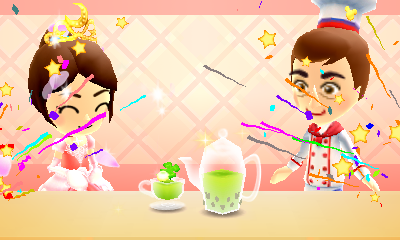 Now, just to hope I get lucky with item drops… 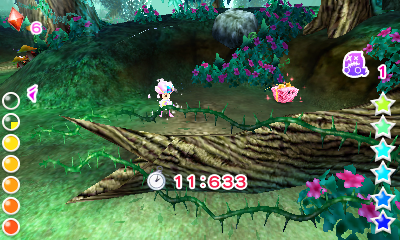 I didn’t have too much luck so I took a quick pause to wander around Castletown and also check on my plants. For whatever reason, Goofy wanted to take a picture! 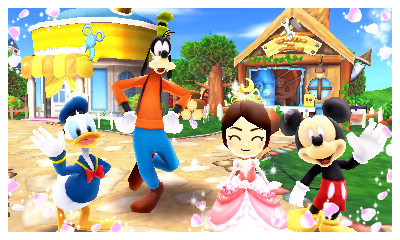 I also finally made a Quest 4 Wonderland outfit (now I have level 4 versions for each… still don’t have what’s needed to make any of the #5’s…): 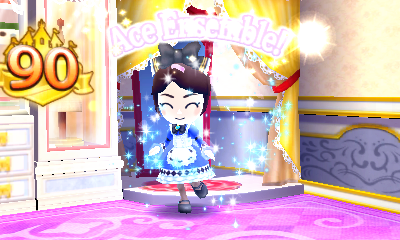 Not really my colors though
Furniture: FOUNTAINS. I unlocked a few other things, but the fountain kind of beats out everything (and by kind of I mean totally does). I need 1 more Shinestone Plate, 2 more Thundershock Plates, 3 Backwards Clovers, and 555K to make all 3….this is going to be a while
The Fairy Godmother showed up! 😀 It wasn’t enough for the ! with the charm… maybe after I get the wallpaper (EVIL LOG), but at least I officially have photos with all the Cinderella characters in the game!

I then decided to just wait until 5PM since the Dungeons tend to take me a bit and I figured I’d see if a fortune popped up… plus I was just so tired of seeing those Episodes 🙁 I did manage to do a quick run of the Castleton Dungeons though… sadly, none of the Hercules items :/

I also managed to get my first Easter item!: 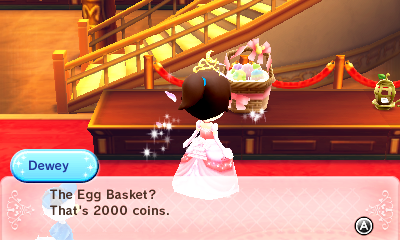 And found a nice place to watch the Fireworks next time: 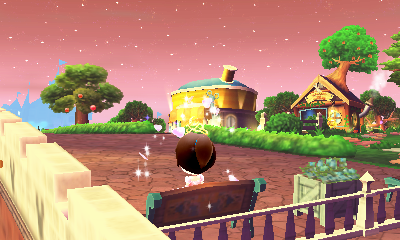 Now the Fairy Godmother is in Castleton too: 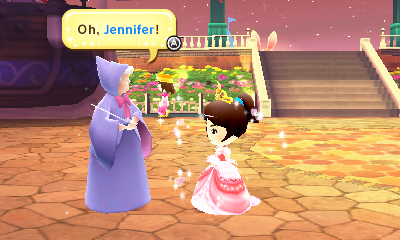 The rare items fortune was there now so yay! But I decided to stop by the castle to trade cards first. I managed to get one new card, but still mostly extras 🙁 I still got enough for a New Greeting though at least!: 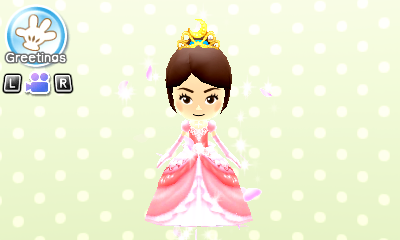 With that, I quickly grabbed the fortune and bolted over to Cinderella’s World for the Episode… I wish the countdown only went down while in the Episodes T__T 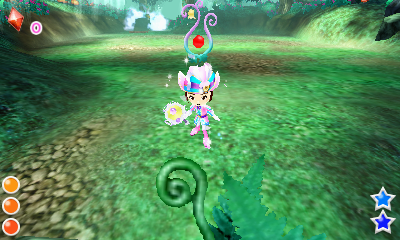 Thankfully, the fortune worked this time and I got one on my first run through… Only one though. Let’s hope I don’t need another anytime soon. It took every last bit of my coins, but it’s okay T~T I quickly went over to my Cafe to decorate it and also learned I can read the sign out front: 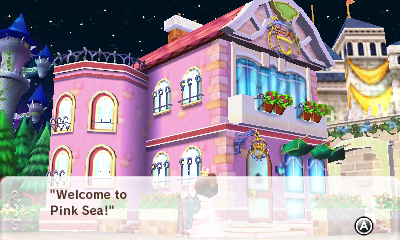 I should just like spam A everywhere at some point. 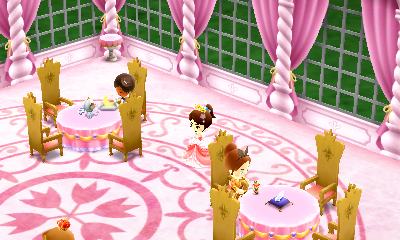 So pretty T~T And now I have 2 ! thingys so looking forward to the party meter refilling.

And that was more or less it for today :3 Although, if the party meter fills up tonight, I may make a bonus entry.