If only I could decide what to do first…

So, today started a bit late. I felt sad that I didn’t accomplish much last night, but I did work on some things. For now, it was daily favor time:
-Resident wanted 3 Dogbane
-Louie wanted a Stubby Maple Log
-Daisy still wants a Collection Rack
-Resident wanted Greenwood Log
-Resident wanted Pearl Bubble

One of the things I did manage to accomplish last nice was a Rare crops farm. I probably should try and get another Honey Carrot Seed though… 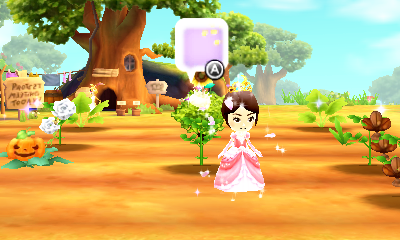 Right now, it has White Roses (which I’m hoping to get to Royal Roses), a Spooky Carrot, a Big Turnip (which I am hoping to get a Starfall Turnip from–though, maybe I’ll keep growing large turnips too), Spooky Pumpkin (which may not be that rare later, but for now…), a Crown Milkberry (trying to get royal ones), and a Big Ol’ Sunflower. I’m also trying to get a Primegrain Fruit and may add in some Butterynuts and Premium Sweetberries.

It was then off to the Castle for trading! I only managed to get one new card, but that was enough for a new greeting: 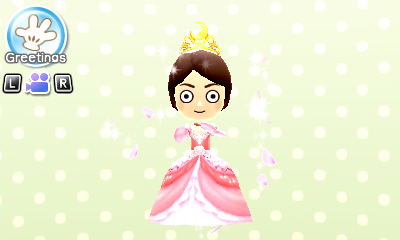 “Gesture Stop”. I actually believe this is the last Greeting too if I’ve counted right. Sad there wasn’t really anything special said about it–just seems Greetings aren’t being brought up anymore.

After that, I went and traded for cards (still need to collect them all afterall) and then, it was finally time for some episodes. I decided to finally do some Aladdin stuff–as I really need the Truthstone and I also wanted to get some more Roc Feathers. Next will be Wonderland and then possible fishing for special bubbles!

If I manage to have any luck, I shall update again tonight <3 I just seem so unlucky though... Note: I received the game early from Nintendo. Thank you, Nintendo! 😀