The Continued Quest for Gold things

Saving in the 100 Acre Wood has been the tendency lately as I continue repeatedly planting the Sparkle Seed for a Big Turnip seed in hopes I get the Golden Starfall Radish again. Even though I’m trying to be so positive about it, I think I’ll need more for when I work towards the Secret Wands or more of the themes. Expect me to cry when that time comes 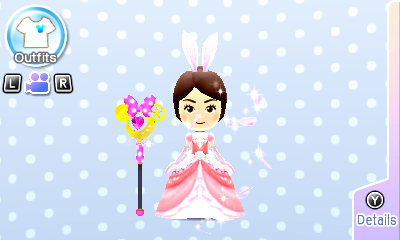 Plus a cute top!: 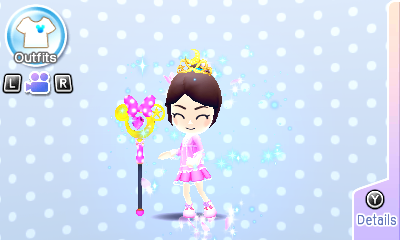 With the Easter Recipe I received from a resident, I only have the following Easter stuff to go now:
-Another Dish Recipe
-The Wallpaper
-The Flooring
-Easter Counter
-A Flowery Egg
-A Wavy Egg
And then I should be good! You know, unless there’s more than the page mentions.

I then stopped by the Castle for Card trading for the morning as only one of the cards I received this morning was new. I managed to only get one more new card from trading, but that’s better than nothing.

I couldn’t do too much while I was out, but did continue working on trying to get another Starfall Radish. Sadly, still no luck and it’s currently the Sparkle Seed quest again… Upon getting back, I had a lovely SpotPass notification and since it was now evening, some new favors too:
-Chip needed 3 Jack’s Thread
-Resident wanted Snowbell
-Resident wanted Emerald Bubble
-Resident wanted Oasis Dogbane
-Captain Hook wanted a Never Land Grandfather Clock (which he gave me the recipe for!)

It was then time to see who was here. Two people ended up walking off–Amy and Rickshaw. 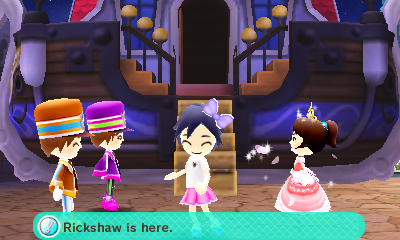 I made sure to visit back along with visiting any new cafes I saw pop up :3 And old ones back at the top.

Then it was time for extra card trading with the Chamberlain! I managed to get one new card which was nice, but not enough for a new greeting.

After watering some plants, it was time to try Wonderland again until I was done for the night. About halfway through the first zone, I managed to get a Black Rose Seed! Now to just pray for lots of black rose seeds and golden seeds from it X__x I even managed to get a second one a little further away.

I quickly worked on gathering some “Nice” for some Power-up seeds. I could’ve tried the Castleton Dungeons as fishing there tends to give you some for free, but due to not feeling too well, I wanted to leave most of my energy for trying to get the Rainbow Clover seed next. After a few outfit changes and lots of twirling in front of people, I finally had enough. I also enjoyed some Fireworks: 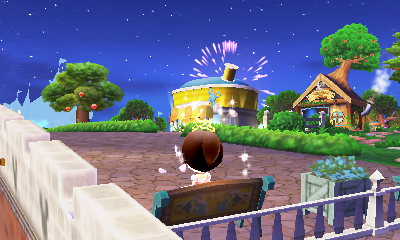 My plots were currently full so I couldn’t plant anything just yet… So, for now, I decided to earn 15 more Nice ratings to get a better chance at rare items as I go suffer against Guiltea again in the quest for Rainbow Clover Seeds. With my good luck charm in hand (or well, cast), it was time. 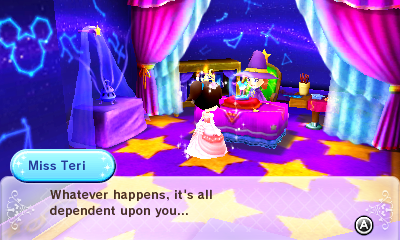 I managed to get one in the last area before the next zone T~T YAY. With that, I officially have all the seeds. I then went to plant them and finally, it was the moment of truth… 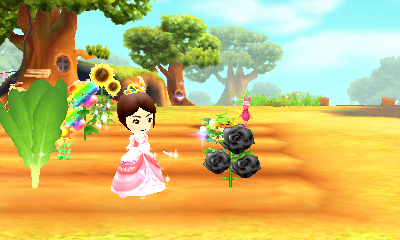 Sadly, because it’s just how my luck is, I didn’t get any of the seeds I needed… Just a seed from the Rainbow Clover for more which was the only one I wasn’t hoping for a seed for. 🙁 I started up the Sparkle Seed quest again, but I think I’ll wait until tomorrow to go back to Black Rose Seed Hunting.