While I could still use more seeds for my Rarity Farm, I decided to finally spend a bit of time in Agrabah to get the Truthstone I need. Before heading over there, it was time to see what favors there were today:
-Resident wanted 3 Soap Bubbles
-Aurora wanted 3 Fairysilk Leaves
-Resident wanted 3 Rockcandy Rock
-Yen Sid wanted 3 Sand of Truth.
-Resident wanted 15 Grace Lily

I then headed to see what SpotPass Villagers had arrived :3 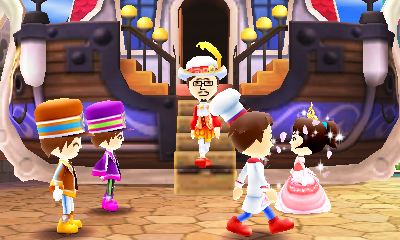 So many people… Thank you all for visiting T~T

I then headed off to go trade cards. Even if there are no more greetings I can get, I still have lots of cards I need and I was only able to get one card from Characters and SpotPass people so… @-@ But yes, New Cards:
-Disney Princesses 07
-Winnie the Pooh 08
-Lion King 03
-Lion King 01
Which brings me to 225/300 😀

…It’s going to be a long while before I have everything. While I was typing all that, it hit 5PM so…:
-Prince Phillip wanted a Stardust Rhinestone. He wanted to take a picture with me after!: 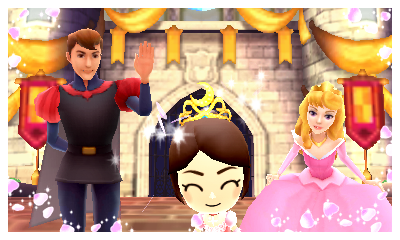 And then it was evening card trading time–new cards:
-Little Mermaid 09
Sadly, that was it 🙁 But up to 226 cards now!

And with that… back to doing episodes. Though, I may spend some time over the next few days working on site stuff…