To be honest, I wasn’t sure what I wanted to work towards today–most of what I have left to do I don’t even know where to start or need to just keep gathering up more materials. So, I decided to start with checking for what Favors I could help fulfill:
-Cinderella wanted Honey.
-Goofy wanted me to put on a Goofy Outfit for him and I’d get a Photo Ticket… I hope I have the stuff to make it.
-Resident wanted 3 Soap Bubbles.
-Resident wanted Exotic Coffee. He gave me 3 Crown Milkberry Seeds which is something I’ve needed so yay!
-Resident wanted 2 Polkadot Tulips
I was able to complete everything except for Goofy’s… I need Peridot Bubbles for his hat so now it’s time to go fish. Before that though, I figured I’d get the cards from various people, shop, and also visit the King.

Hercules was now in Castleton!: 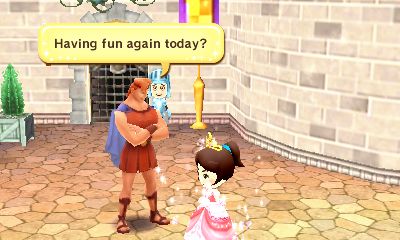 It was then off to the Castle to trade extra cards and hopefully get a new greeting. I didn’t have much luck with trading, but I did unlock a new greeting!: 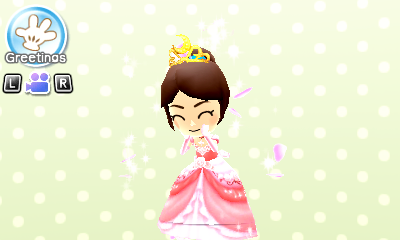 The Fortune Shop didn’t have a new Mystery item so I guess it’s just the crown then. I did pick up a fishing charm though to help increase the chance for Peridot Bubbles. It took ages, but I was finally able to get one… Peridot does not like me. :/ I decided to stay for the rest of the charm though in hopes I could get more considering how much it seems to dislike appearing. I managed to get one more, but that was it
I would have made the girl’s outfit, but he said “Goofy Outfit”–not Goofy-themed outfit… He liked it though and thus, photo time!: 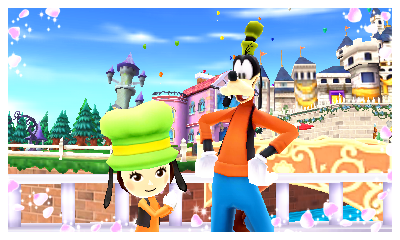 I then stopped by the Cafe to make some dishes including this new one: 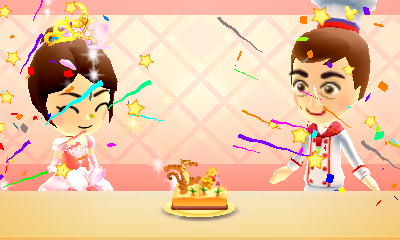 I really love it, but I probably won’t get to make it again as it involves a really rare ingredient. I really hate the dishes that involve really rare stuff 🙁 It’d be one thing if it was just to pay to unlock it, but nope–need it every single time to make the dish T~T

My Party meter was full so I decided to hold a Pooh-themed party for fun. 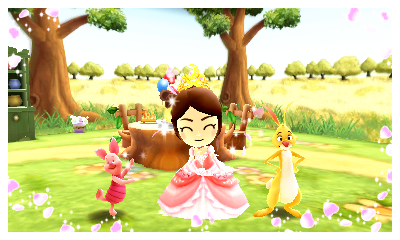 Rabbit and Piglet showed up 😀

I then paused for a bit and noticed the blue spotpass light on again! This time, it was someone named Mel. 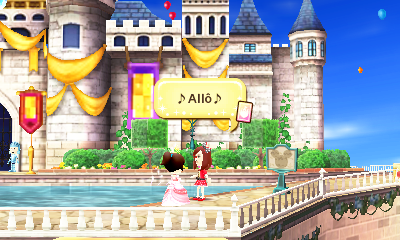 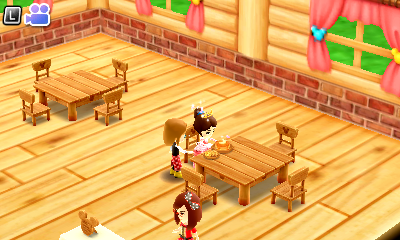 Plus, now Jasmine is in Castleton with Aladdin too!: 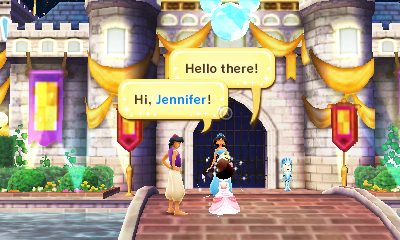 After helping Stitch out, he said this lovely thing: 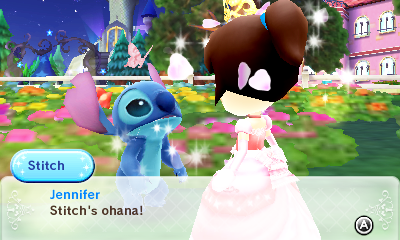 And asked to take a picture 😀 eeee <3 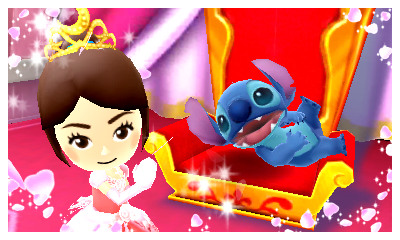 It was then off to trade cards again <3 I managed to get Castleton 05! The card of the King I was looking for early in the game 😀 I got a few other new ones as well and with the amount I got, I was able to get another greeting from the Chancellor!: 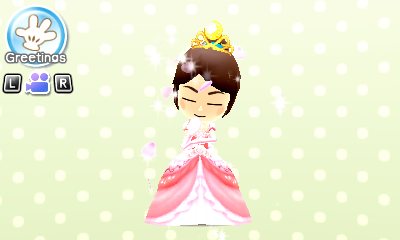 And that was really it for today :3 Though, I suppose if I have more time later to do some episodes, I’ll update again!