Only a month to go!

So, with just a month to go (or well, a little under now), I have finally managed to get this up. Originally, I was just going to do something small, but the more I heard the game had, the better I felt it may be to keep up. Don’t expect super long entries like my Animal Crossing blog though–I think this one will be more checklists and notes.

Moving on, if you’ve seen My Tumblr for the game, you’ll know I’m pretty excited. The game seems to be a cross between Animal Crossing and Harvest Moon (two of my favorite games) with a few things that remind me of Fantasy Life (which I’m still hoping will come over). I actually did not expect this game to come over (though, that didn’t stop me from sending emails out to let them know overseas fans wanted it…) so it was a really pleasant surprise to see it announced (I am also looking forward to Tomodachi Collection!). As for what I’m looking forward to the most? I don’t know! I’m really looking forward to a lot of it–if I had to pinpoint it down, I’d probably just say exploring in general.

I love Disney. I’ve gone to Disney World every year since I was born with my family so it’s practically a tradition. I’ve been to almost all of the different Disney parks (Still need to visit Hong Kong Disney) and so a Disney game where I can explore and see all my favorite characters gets me pretty excited. If you like Disney, I really hope you’ll be picking the game up and if you may not be too big on Disney, but still enjoy things like Harvest Moon or Animal Crossing, I’d highly recommend picking it up too.

In the meantime, I’m hoping the QR Codes in Japan will work for the US game–though, I’m not going to get my hopes too high. At the very least, if they do, I hope there is a chance we could see the UniBEARsity line over here at some point–I know I was super excited when they brought Duffy over to the US parks so I’d love to see UniBEARsity come to our Disney stores. Speaking of Duffy though, considering his popularity (and Shellie May’s), I’m very surprised he isn’t in the game! I really hope he’ll be added as DLC at some point… In fact, I hope the game does well enough that DLC keeps coming. I’d love to see the Disney World keep growing with characters from new movies. I think it’d also be a good way to keep the game interesting.

Anyway, on an ending note with some more blog-focused stuff: While this blog is “done”, the content still has a lot of work to go. There is a good chance many things will be removed and/or changed. The layout is completely set though. And as a fun tribute (and I guess Easter Egg for the site) that those who played Pixie Hollow with me may realize… The Fairy over in the top right in a Tinkerbell pose is actually my Fairy from Pixie Hollow named Dewdrop Moonflower: 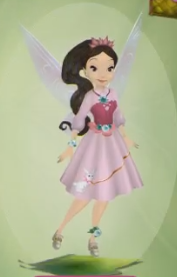 Sadly, the last picture I managed to get of her wasn’t a very good one 🙁 Regardless, the full-version from the logo: 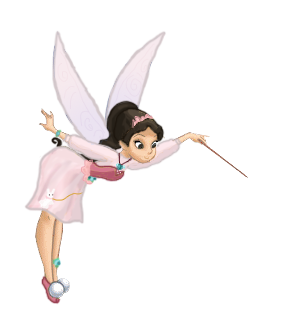