Then I made sure to greet the new SpotPass visitors: 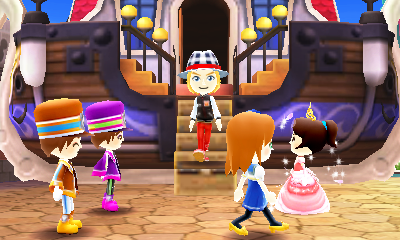 And also went to restock the Cafe: 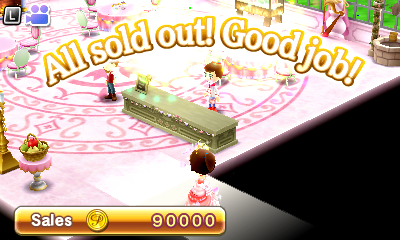 I decided to hold a random Cinderella party–my boyfriend gave me a Milkyway Mushroom to make a drink. I need to get more of those. Unfortunately, I was unlucky and Prince Charming showed up 🙁 So no luck on the Cinderella charm…

It was then officially time for questing! I decided to start in Aladdin’s world first… 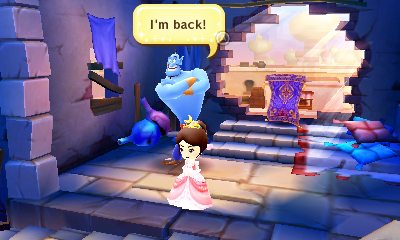 I finished the first 5 before I needed to stop for a bit. I managed to get a nice amount of early stuff–not tons, but about 7 isn’t terrible.

I then made more furniture and relaxed a bit outside the cafe. 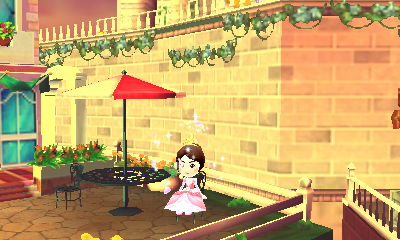 After doing some Cafe Requests to prepare for another party, it hit 5PM! 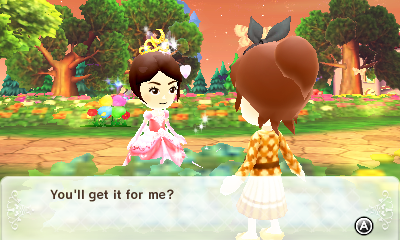 On a different note, I really love the scenery in this game: 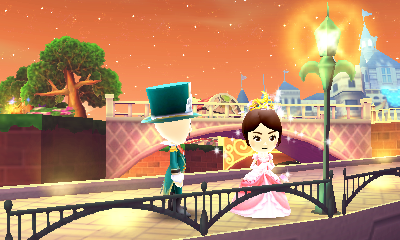 I then went to go trade cards at the castle. New ones I managed to get:
-Lion King 04
So not much luck today, but still yay for one new!

Taking a break now, but may try and do more episodes later…