The final Nintendo Zone item (in this set anyway) 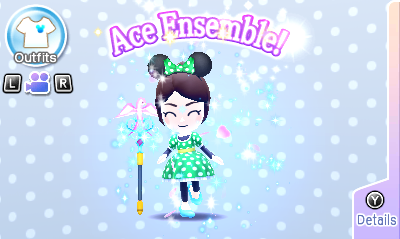 Yep! Not Pinocchio this time. I don’t know if they will be releasing the items again or not (I’d think so), but since they finally got the Nintendo Zone page updated, hopefully people can keep an eye on it! The DLC shop ingame should be updated in about a week. 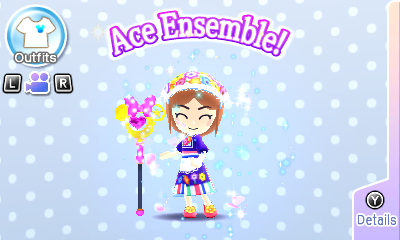 I can’t wait until more of the set is put out!

Just as I closed my 3DS, I received an alert that I had a Customer through SpotPass again. Excitedly, I quickly turned it back on to take a look. 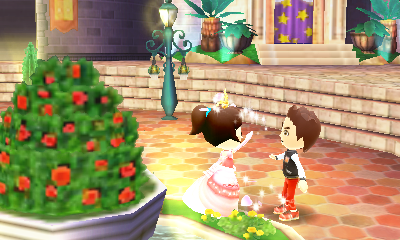 Hi, JTRebel! 😀 Thank you for the new card! (Daisy Duck 02) <3 And Cinderella wanted to take another picture!: 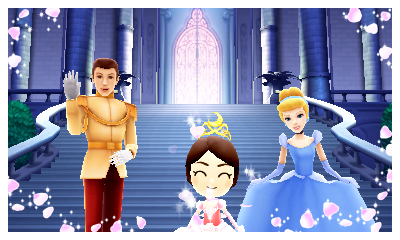 Upon opening my 3DS, I was confused to see the blue SpotPass icon on the game! According to the notifications, I “have a customer”… Hmm…

I loaded in right next to the Cafe, but a Resident needed some help so I checked with them first…
-Resident wanted 3 Dogbane for 3 Sweet Tomato Seed… I don’t have enough Dogbane, but I’m not sure it’s a good trade as I can get Sweet Tomato seeds for free in Pooh’s World and Dogbane is from harder Aladdin episodes.
-Resident wanted 3 Rare Candy Rock for 5 Eggfruit Seeds
-Cinderella wanted Honey for some Teeny Bird Clothing.
-Resident wanted 2 Polkadot Tulips for Pink Ribbon Tape.
-Louie gave me the riddle task again: “Found in a Land of Wonder, It doesn’t look sweet, but give it a lick and you’ll know it’s a treat!” I had it this time! It was Hard Rockcandy 😀 And yes, it was from Wonderland.

I then headed into the Cafe before getting the rest of the tasks (which I will list above regardless). I didn’t see anyone inside though… I quickly made more dishes as they sold out however. I was told I had a gift so I headed upstairs–it contained some bricks, but the Mirror is what caught my eye. 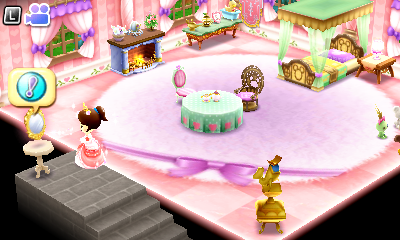 It gave me the option to Welcome my Guest or not. Of course, I chose yes. It then told me Daniel was here! The question was where… He wasn’t in my room or the cafe so I headed out to Castleton to see if I could find him.

I then noticed a green blip on my map! I had never seen one that color so I headed South. I even ran into Cinderella and Prince Charming in the center of Castleton! 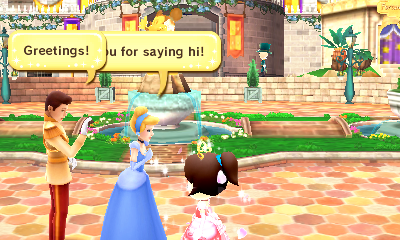 Finally, I met them and they had a card for me! 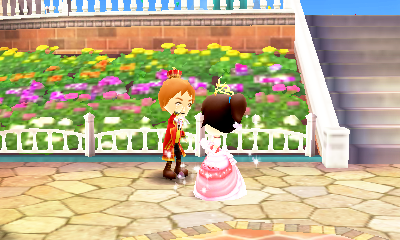 THANK YOU, DANIEL <3 After that, it was some quick shopping and gardening before I had to stop for now. I am going to do my best to water while at work for the Golden Seed though! (Watering only lasts an hour which is understandable as it makes you check in! Your plants are at no risk). Once home, it was time for more card collecting and tasks!: -A Resident wanted Blue Thistle for Golden Butternut Seeds. -A resident wanted 2 Golden Honey for a Thundershock Plate -Goofy wanted 3 Sunny Herbs for 5 Eggfruit Seeds -A Resident wanted a Fluffy Dandelion for 5 Milkberry Seeds. -Dewey wanted one Warped Willow Branch for a Bony Crystal I think this is the first time I've managed to complete all 5 around. I was even able to get enough cards for 2 new greetings!: 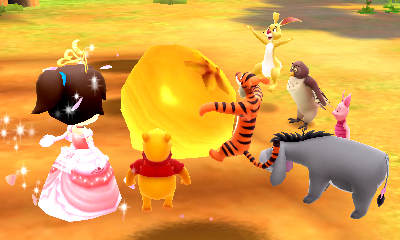 Apparently it’s a Starfall Radish! And it got me my 67th and 68th stickers for harvesting 50 types of Crops and apparently the Legendary Vegetable! Yay!

With that, I headed to Wonderland to try and get some episodes done there. While the monsters are annoying, I do love the quest outfit I made… I’ll be sad when I’ll have to use a better one 🙁 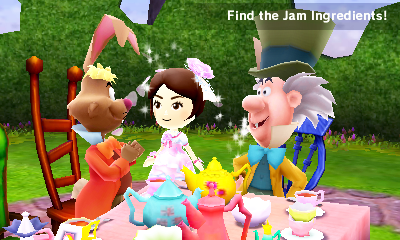 I still had at least one left in the first area so I figured I’ll take care of that first. Despite completing it, I did so little damage to the enemies it almost went poorly so I figured I’d make a better wand first–luckily, I got one of the things I needed while doing that quest. And was even able to make the wand after it as well! 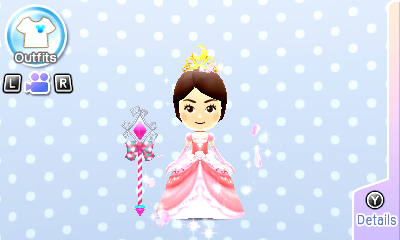 It’s a really pretty wand too <3 Though, I think I still like my current Cinderella one more: 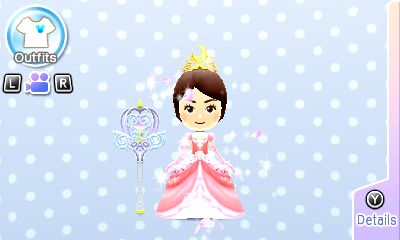 I definitely like the Cinderella’s Strong Magic attack best anyway.

Upon running back to check the first section after beating the easy quest I still had left, the next one in that area ended up being 5 stars and required 65 stickers to unlock so I went to section 2 as jumping to 5 stars probably won’t end well. And the next one is the boss fight… T~T At least the opening was kind of cute: 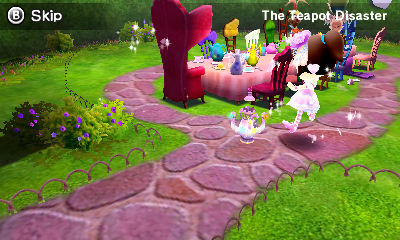 As was the Boss: 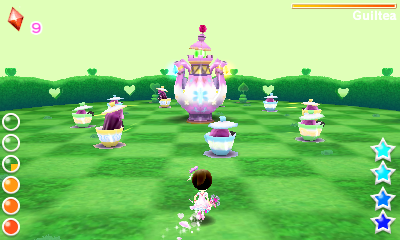 I found it a lot less painful than Aladdin’s too. I think it’s the one I had the most fun with as well.

And as a side note, I really love the heart switches: 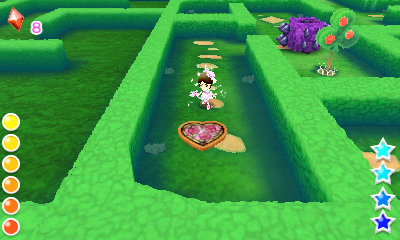 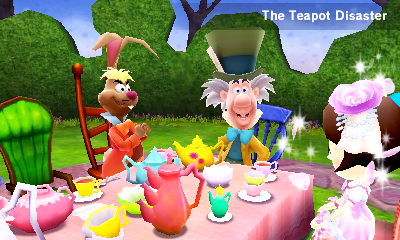 And with that, I earned the 69th sticker!

To finish the night, I made a wallpaper and flooring (Peter Pan themed!) to get my 70th sticker! Which also meant I could unlock new furniture and clothes. I really like the Queen of Hearts Rug, but nothing else really caught my eye. There were some cute accessories and things clothing-wise, but nothing that would beat out what I have.

Hopefully I can do more Episode Progress tomorrow <3 Won't be able to get further with most things until I scavenge more afterall. Note: I received the game early from Nintendo. Thank you, Nintendo! 😀